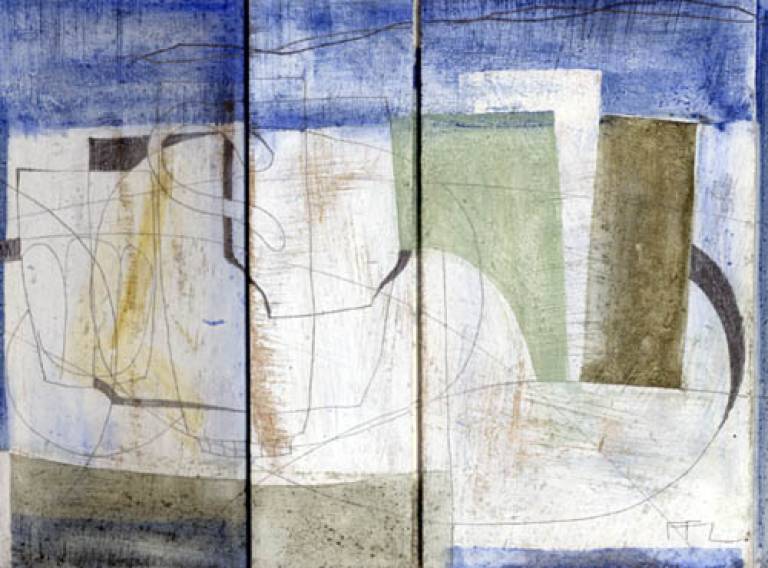 Ffiona Lewis (1964-    ) is a versatile artist and architect, whose works, which involved "a lengthy process of engagement with the subject" using a limited range of colours, quietly explored familiar domestic icons in still lifes and landscapes. After spending her formative years in Devon, Lewis gained an honours degree in architecture at The Polytechnic of Central London in 1987, obtaining her architecture diploma there from 1988-90. She then studied at Central St Martins School of Art before turning to painting professionally, balancing this with architectural work and scenic painting for the Royal National Theatre and English National Opera. Her mixed shows have included Fine Art Consultancy, at various venues, from 1993; Kate Chertavian Fine Art, from 1995; and The Wills Lane Gallery, St Ives, 1996. She has had solo shows at The Royal National Theatre and The Wren at St James, both 1993, later ones including Gordon Hepworth Fine Art, Newton St Cyres, 1996.