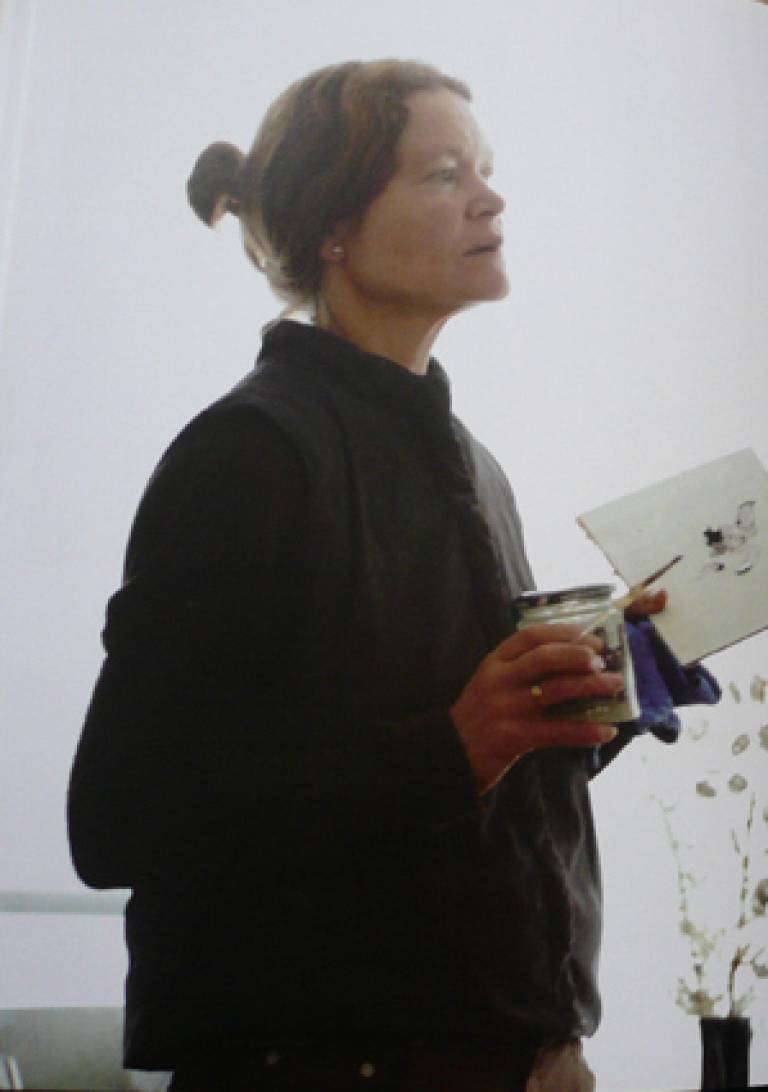 Tessa Newcomb is a painter in oil on board or on furniture. She was born in Suffolk and is the daughter of the artist Mary Newcomb. She studied at Norwich School of Art, 1972-3, and gained an honours degree from Bath Academy of Art, 1976, doing a year's advanced printmaking at Wimbledon School of Art, 1977.Scenes of the Suffolk countryside and coastline dominate her work. Her Suffolk is a place of odd encounters an unkempt land and seascapes featuring working figures, dogs, boats, churchyards and allotments all portrayed in her distinctive style.Mixed exhibitions included Crane Arts and Mercury Gallery in London and Edinburgh. She had two solo shows at Annexe Gallery, Wimbledon, 1979-80, and later ones including the Christopher Hull Gallery from 1987, and Chappel Galleries, Chappel, 1996 (with Hein Bonger).She has completed jacket illustrations for Julia Blackburn's Daisy In The Desert and the paperback of The Emperor's Last Island, both in 1994. She is represented in the Bradford Metropolitan Museum, Whitworth Art Gallery in Manchester, Strawberry Hill College and Ocean and Transport.Tessa lives at Wenhaston, Suffolk with her partner Telfer Stokes who is the artist son of Margaret Mellis.