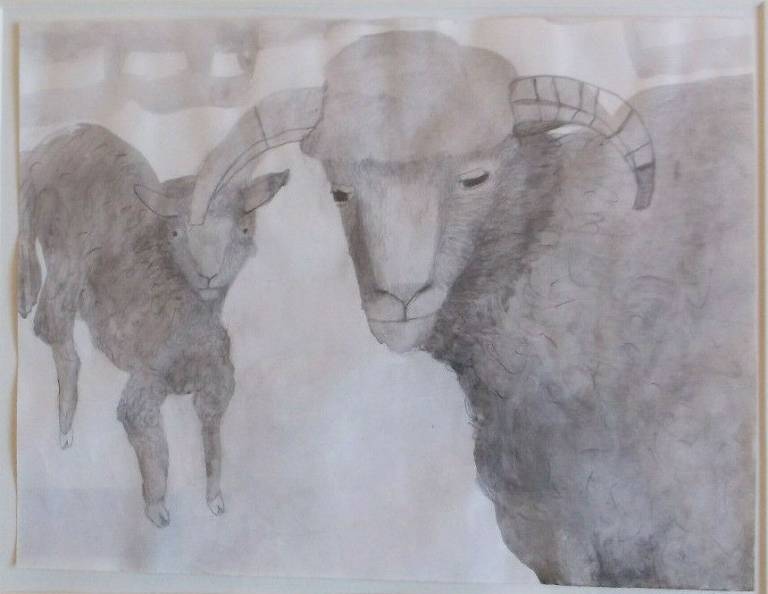 Mary Newcomb was a British painter born in Harrow-on-the-hill in 1922. She lived in the countryside for her whole career and her work is famously centred in the rural way of life and the nature that is integral to it. Newcomb came to the world of art later on in life, though the same could not be said for her interest in nature. She took a degree in Natural Sciences at Reading University in 1943 and went on to teach science and mathematics at the high school in Bath.

In 1950, Mary married Godfrey Newcomb and moved to Norfolk. It was here that she began to paint. Though not naturalistic, her paintings strongly evoke the different atmospheres and personalities within her surroundings. The simplicity of her style gives her art immediacy. Though her work is lyrical, it is also thoughtful and unusual, offering unexpected views of everyday, rural moments. This trait is often further developed in the titles she gave her work - “Cows Affronted by Land Drains” for example, or “These Sheep Find it Necessary to Cross The Bridge”.