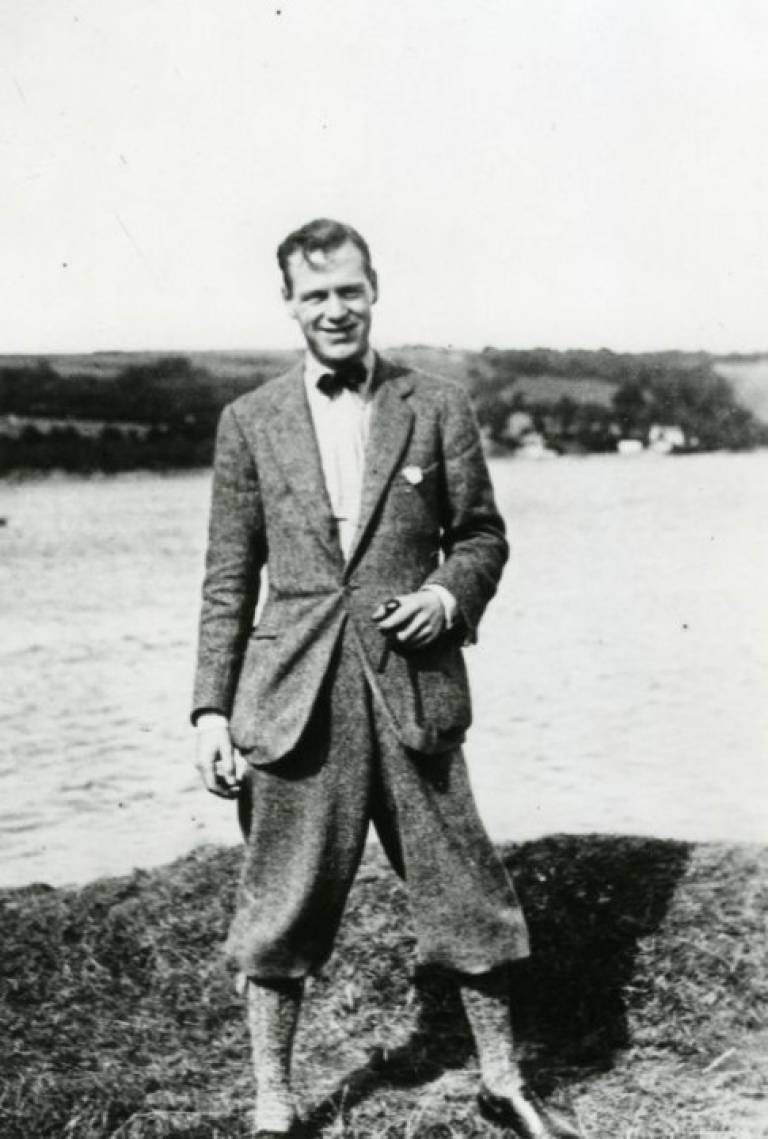 Christopher Wood was born in Knowsley, near Liverpool on 7 April 1901, the son of Mrs Clare and Dr Lucius Wood, a GP. At fourteen, Wood began to draw during recuperation from septicaemia, and went on to study architecture briefly at Liverpool University (1919-20). In London in 1920, the French collector Alphonse Kahn invited him to Paris, where Wood studied drawing at the Académie Julian in 1921. He entered effortlessly into fashionable artistic circles, meeting Augustus John and the Chilean diplomat Antonio de Gandarillas, with whom he began to live. As well as providing financial support, Gandarillas introduced Wood to Picasso, Georges Auric and Jean Cocteau, and to the use of opium. Although his painting was regarded as charmingly untutored, he learnt from these acquaintances, especially adopting the elegant line of Cocteau's drawings.

By 1926 Wood was in a position to make designs for Romeo and Juliet for Diaghilev's Ballets Russes. When these designs were abandoned at the last moment, he concentrated on England, becoming a member of the London Group (1926)and the Seven and Five Society (1926-30). He exhibited with Ben and Winifred Nicholson at the Beaux Arts Gallery (April-May 1927), becoming close to them personally and artistically. In particular, Winifred was supportive in the aftermath of his failed elopement with the painter and heiress Meraud Guinness (subsequently Meraud Guevara, q.v.). He painted with the Nicholsons in Cumberland and Cornwall in 1928.

On a trip to St Ives, he and Ben Nicholson encountered the fisherman painter Alfred Wallis, whose work answered a shared interest in 'primitive' expression and helped Wood to establish a personal style. A solo exhibition at Tooth's Gallery (April 1929) was followed by an exhibition with Nicholson at the Galerie Bernheim in Paris (May 1930), in which Wood showed paintings made in Brittany in 1929. The results of a second stay in Brittany (June-July 1930) were intended to open the Wertheim Gallery in London in October.

Travelling with his paintings, Wood met his mother in Salisbury on 21 August 1930. Possibly believing himself pursued (an effect of withdrawal from opium), he threw himself under the London train. In deference to his mother, his death was often subsequently described as accidental.

Posthumous exhibitions were held at the Wertheim Gallery (Feb. 1931) and the Lefevre Galleries (1932). In 1938 Wood's paintings were included in the British pavilion at the Venice Biennale. In the same year a major exhibition was organised by the Redfern Gallery at the New Burlington Galleries, which attempted to re-unite Wood's complete works, and gave impetus to Neo-Romanticism. Another large retrospective was organised by the Arts Council of Great Britain in 1979. His paintings are held widely in public galleries including the Tate, the Louvre and the Philips Collection in Washington DC.