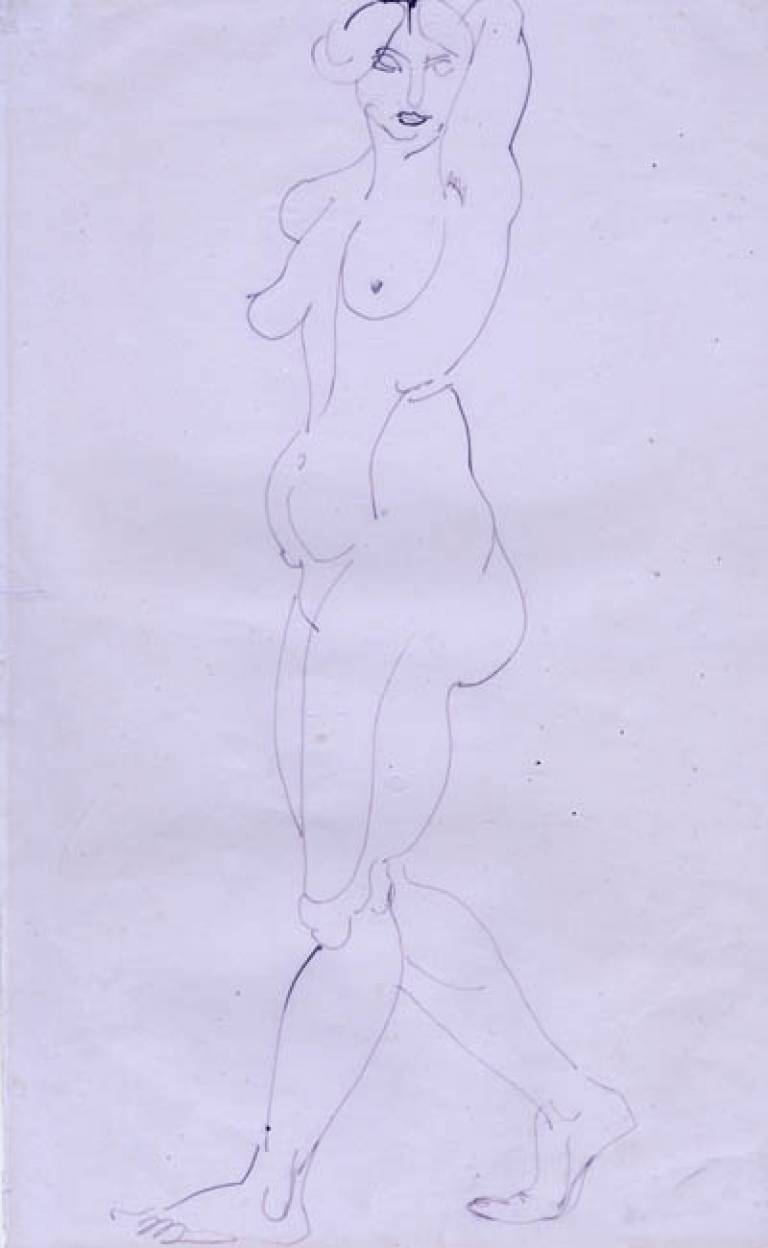 Henri Gaudier-Brezska (1891-1915) was born in France, and came to England in 1906. He was a foremost sculptor and draughtsman of figures, animals and abstracts mainly in pen and ink. He was self taught as an artist, and visited Holland, Belgium and Germany. He settled in Paris in 1910 where he met Sophie Brzeska, and in 1911 they moved to London where he began to use her name. He established a studio in Putney, then joined the Omega workshops. He was friendly with Ezra Pound, Percy Wyndham Lewis and others. From 1914, he was associated with the Vorticists group, contributing to books and exhibitions. He was strongly influenced by Rodin, Brancusi and Epstein. Having joined the army, he was killed in action in France in June 1915. A memorial exhibition was held in 1918 at the Leicester Gallery and retrospective exhibitions held by the Arts Council in 1956-57 and 1983. He executed many sculptures and drawings, and is represented in the Tate Gallery, the Centre Pompidou in Paris and many other international galleries.