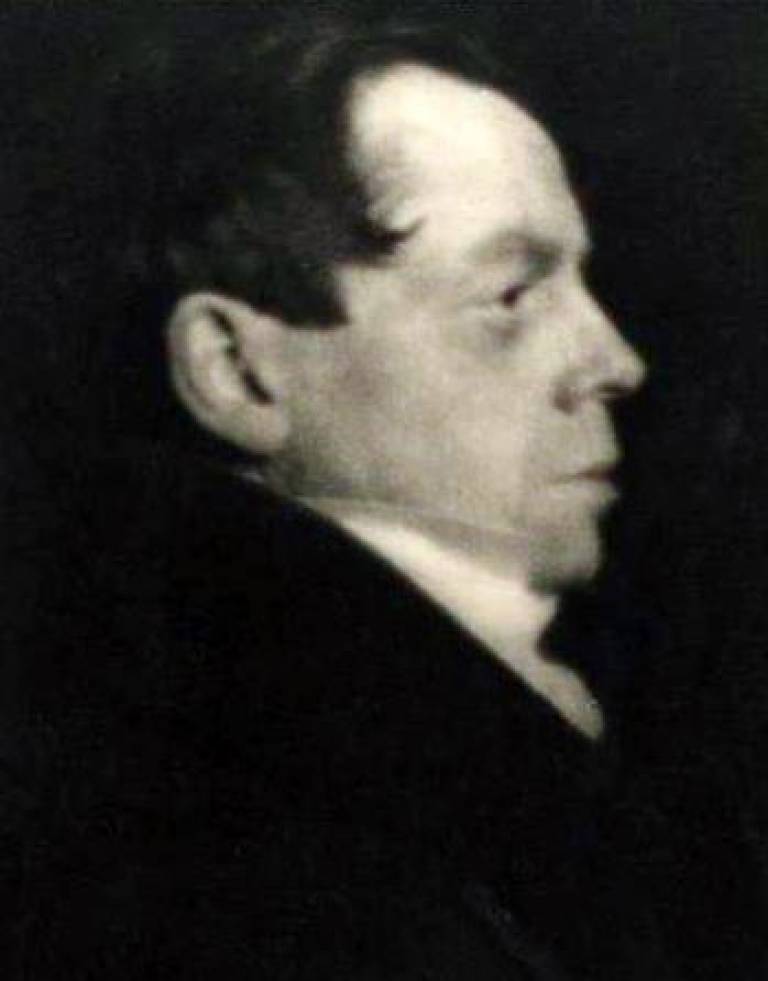 William Nicholson was born in Newark-on-Trent on 5 February 1872, the youngest son of William Newzam Nicholson, an industrialist and Conservative MP of Newark, and his wife Annie Elizabeth Prior, the daughter of Joseph Prior and Elizabeth (née Mallam) of Woodstock, Oxon. From the age of 9 he attended Magnus Grammar School, first as a weekly boarder, later as a day-boy. He had art lessons from the painter, politician and art-master William Cubley of Newark-on-Trent, who had been a pupil of Sir William Beechey, in turn a pupil of Sir Joshua Reynolds. He was briefly a student at Hubert von Herkomer's art school, where he met his future wife Mabel Pryde (1871–1918), who introduced him to her brother James Pryde (1866–1941). From the autumn of 1891 he attended the Académie Julian in Paris, but after six months returned to Newark.

In the spring of 1893 Nicholson eloped with Mabel Pryde, whom he had by then known for four years; they were married in Ruislip on 25 April. The couple went to live in what had been a pub, the Eight Bells at Denham, Bucks. They were soon joined by Mabel's brother James, and not long after by Ellen Terry's son Edward Gordon Craig and his wife May, who had also recently eloped and married. Nicholson received an annual allowance of £150 from his father.

From about 1910 until he remarried in 1919, Nicholson's housekeeper Marie Laquelle, whose real name was Adèle Marie Schwarz, née Schiestel, was also his mistress. Nicholson painted her several times, first as Carlina in 1909; he also painted her daughter Georgette and her second husband Norman Holder.

In October 1919 Nicholson married Edith Stuart-Wortley, widow of Sir John Stuart-Wortley, and who, under the name Elizabeth Drury, was also a painter. Nicholson had painted her in the previous year as Lady in Grey. Their daughter Liza was born in 1920. Edie had two children from her previous marriage, and Nancy's daughter Jennie had been born the previous year. Nicholson's books for children all date from the 1920s; around this time he lived at the Old Manor House, Sutton Veny, Wiltshire.

From 1935 until his death, Nicholson's companion was the novelist Marguerite Steen. According to Steen, they met in Andalucia in May 1935, and by mid-June were living together at Nicholson's mews studio in Apple Tree Yard, off Jermyn Street. Nicholson had been separated from Edie for some years, but they remained on good terms; although she promised to give him a divorce, she never did so.

In later life, William Nicholson lived at Blewbury in Berkshire (now Oxfordshire) where he died on 16 May 1949.