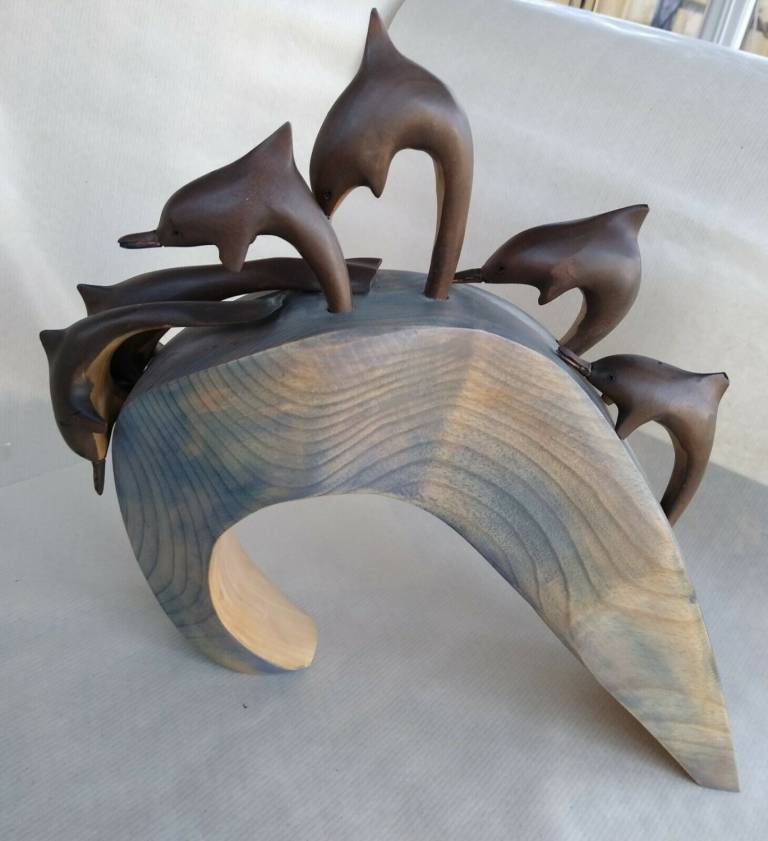 After leaving school John Mainwaring not only served a traditional apprenticeship as a carpenter, he also received private tuition in art and in 1974 he was able to merge the two disciplines when he embarked on his career as a maker/carver. John's work has been featured on TV as well as numerous publications with Miller's Collectables describing his pieces as "collectables of the future". "My first experience with wood that I can remember is as a small boy in my father's workshop watching him plane yellow pine with a large wooden plane. The lovely hissing noise as the iron cut crisply through the wood is etched in my memory. Although I use traditional tools I am willing to incorporate modern developments if it suits me and I try to bring out the spirit or essence of the piece I am working on. If this needs exaggeration, the length of a bird's beak for instance, then I will do so."