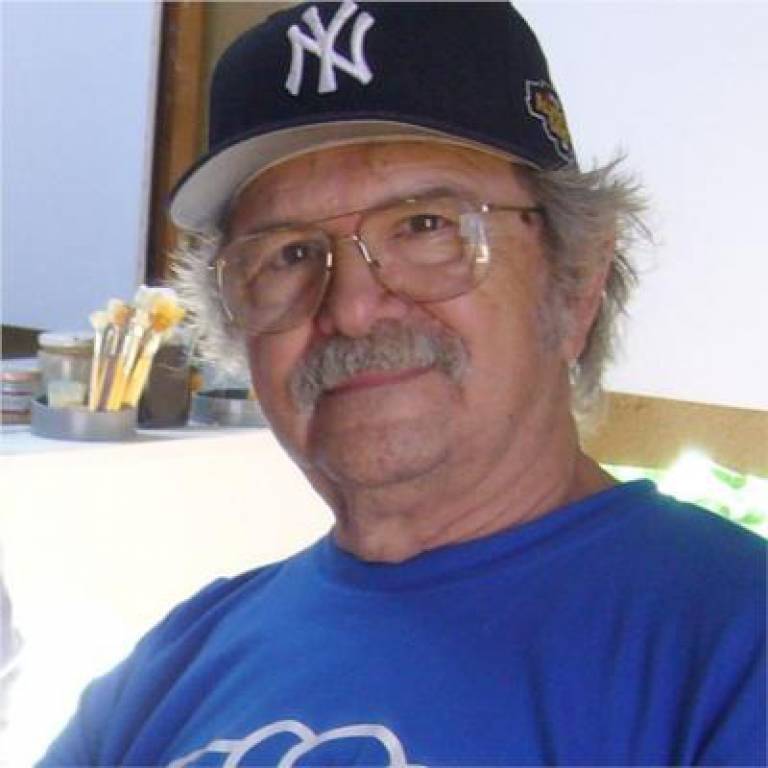 Mel Ramos is an American Pop artist best known for his female nudes painted alongside brand logos. The artist’s coupling of women with familiar products like martini glasses and bananas serves as a commentary on the ways in which capitalism has employed the female body. “I make sure that my pictures are not too erotic and that they always have a trace of humor,” he said of his work. “I make sure they are ‘in good taste.’ Either you understand it or not.” Born on July 24, 1935 in Sacramento, CA, Ramos like Roy Lichtenstein and Andy Warhol, found inspiration through the comic books Wonder Woman and Superman growing up and later pinup posters. He went on to study art under Wayne Thiebaud at Sacramento State College where he earned both his BA and MA degrees. In 2011, Ramos was the subject of a major show at the Albertina in Vienna. His works are part of the collections at the Whitney Museum of American Art in New York, the San Francisco Museum of Modern Art, and the Museum of Contemporary Art in Los Angeles, among others. He currently lives and works between Oakland, CA and Horta de San Juan, Spain.