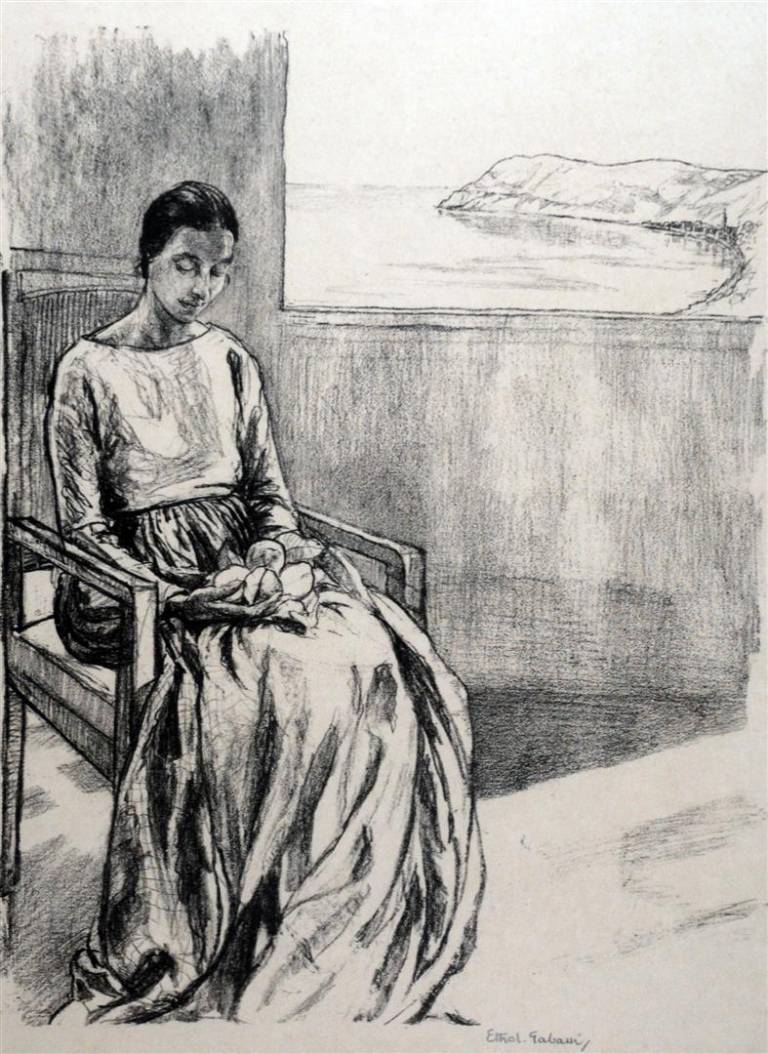 Ethel Gabain was born in Le Harve, France, and was a renowned painter and lithographer. She studied in London at the Slade School of Fine Art and the Central School of Arts and Crafts. At the latter Gabain pursued lithography, producing prints predominately in black and white. Wanting to promote and share the art of lithography, Gabain, alongside her husband John Copley, was a founding member of the Senefelder Club, an organisation dedicated to the lithographic process. During World War Two Gabain was commissioned by the War Artists' Advisory Committee to produce lithographs of various subjects throughout the UK including the work of the Women's Voluntary Services members. Gabain was also a painter, and often created theatrical portraits of female actors in character, as well as scenes of the war with a focus on the work of women. She was a member of the Royal Society of British Artists, the Royal Institute of Oil Painters, and was elected president of the Society of Women Artists in 1940.