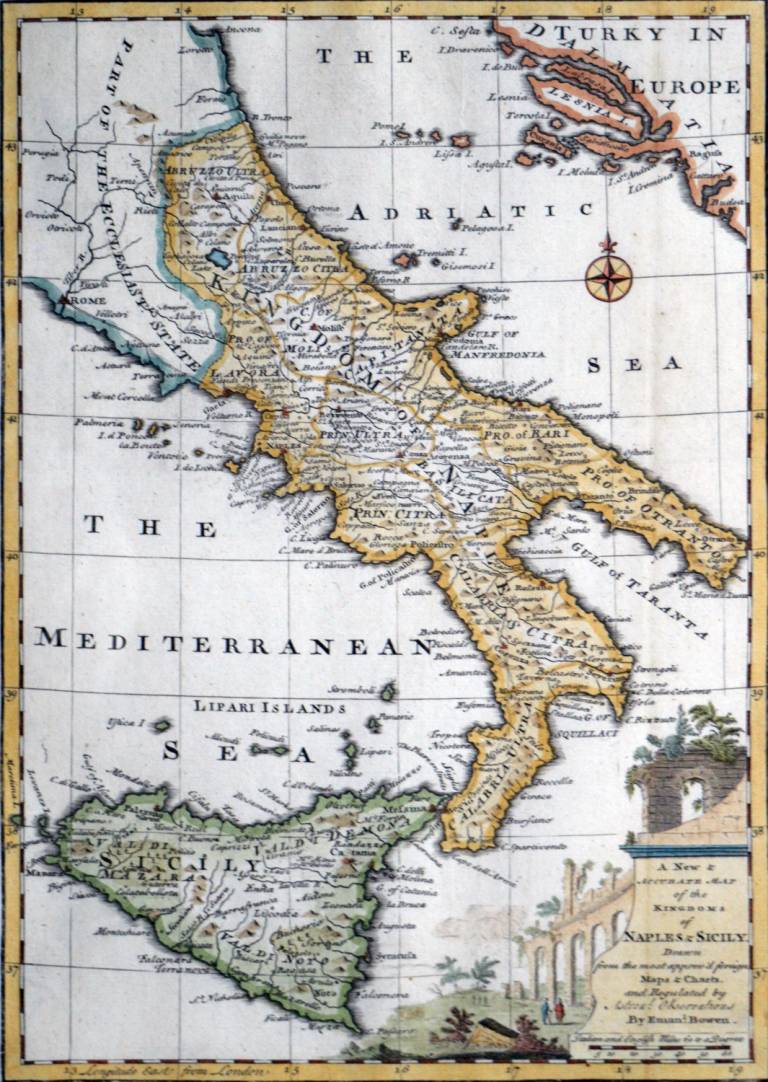 Emanuel Bowen (1694 - 8 May 1767) was a Welsh map engraver, who achieved the unique distinction of becoming Royal Mapmaker to both to King George II of Great Britain and Louis XV of France. Bowen was highly regarded by his contemporaries for producing some of the largest, most detailed and most accurate maps of his era. He is known to have worked with most British cartographic figures of the period including John Owen and Herman Moll.