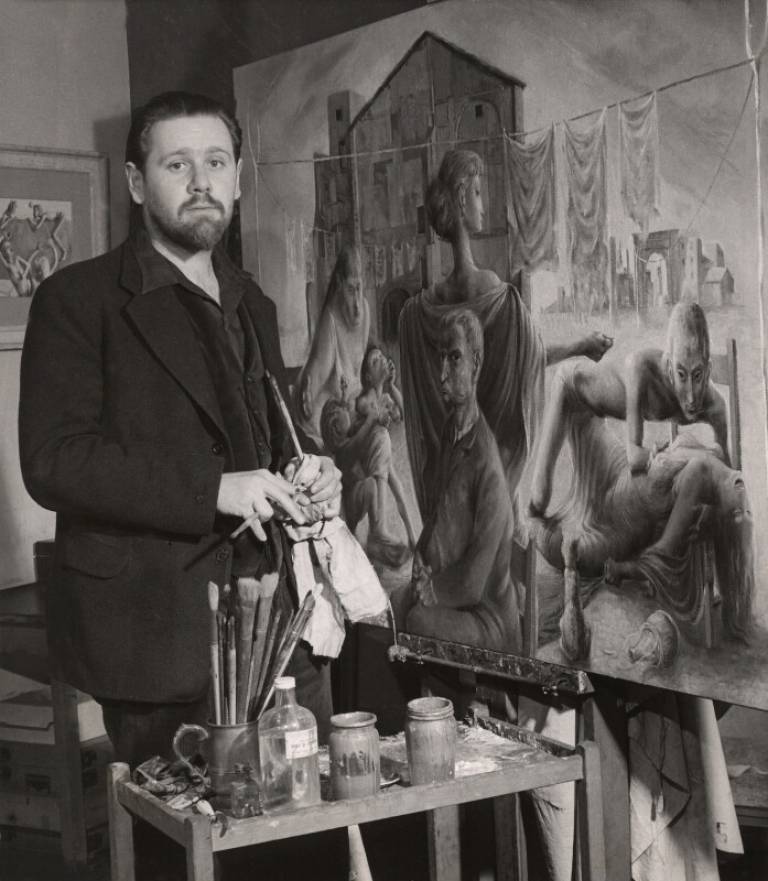 Michael Ayrton (20 February 1921 – 16 November 1975) was an English artist and writer, renowned as a painter, printmaker, sculptor and designer, and also as a critic, broadcaster and novelist. His varied output of sculptures, illustrations, poems and stories reveals an obsession with flight, myths, mirrors and mazes.

He was also a stage and costume designer, working with John Minton on the 1942 John Gielgud production of Macbeth at the age of nineteen, and a book designer and illustrator for Wyndham Lewis's The Human Age trilogy. An exhibition, 'Word and Image' (National Book League 1971), explored Lewis's and Ayrton's literary and artistic connections. He also collaborated with Constant Lambert and William Golding.