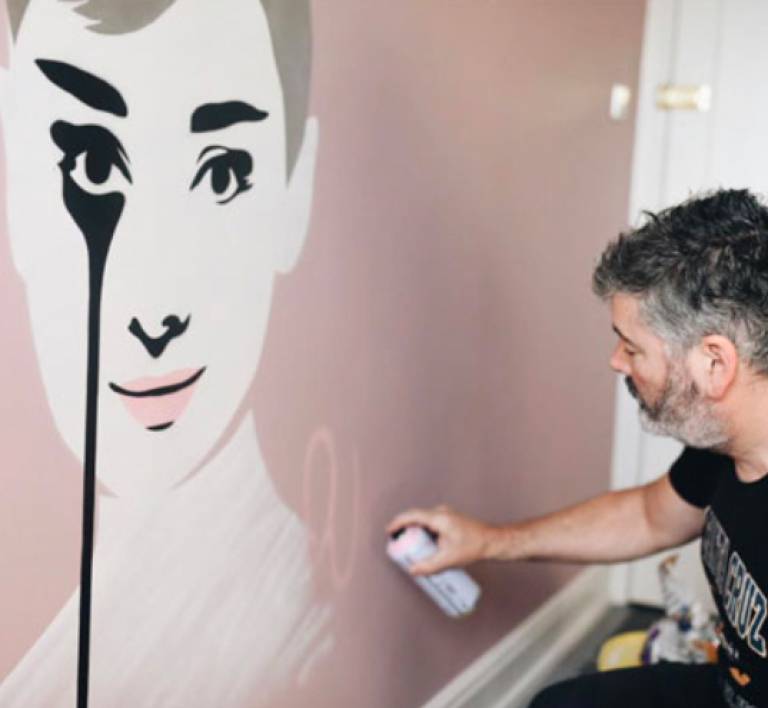 Charles Uzzell-Edwards, pseudonym Pure Evil was born in South Wales, the son of the abstraction painter John Uzzell-Edwards. At the beginning of the 90’s he left the United Kingdom to live in the United States for a few years, specifically, in San Francisco. Influenced by the American west coast’s trends of the moment, he began to have a deeper interest for the urban culture of skate, graffiti and electronic music. By then, Pure Evil began working for the clothing brand Anarchic Adjustment, giving the first steps into the world of graphic design and stencil.

Once settled back in the English capital, Pure Evil became involved with the graffiti culture of London and after getting involved with Banky’s Project Santa’s Ghetto, he produced his first print Pictures on Walls (POW). Pure Evil’s manikin explores, in words of the artist, his darkest side. Raised in a catholic environment where good and evil are two concepts linked to each other, the critical sense of the artist discusses the most diabolic side of society and the world, filled with wars and hunger that seem to not have an end. In addition to his street art Uzzell-Edwards has shown in expositions round the world including China, Brazil, Russia and also the whole European continent.