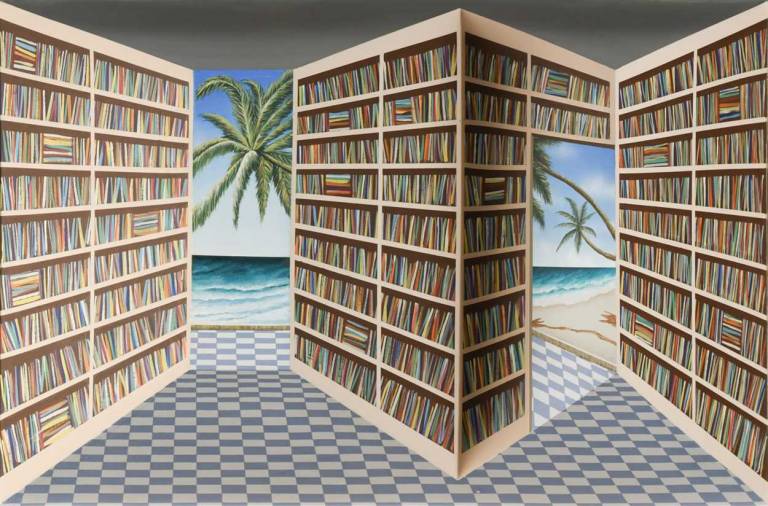 Joseph SomersWindow on the Beach

Enquire about this item

signed, titled and inscribed to the reverseacrylic on board, a three dimensional trompe l'oeil

Influenced by the illusory art of M. C. Escher and Salvador Dali, American artist, Joseph Somers, has received international acclaim for his three-dimensional “window to the world” works, which manipulate the illusion of movement to striking, and unexpected, effect. In addition to his paintings, Somers is also known for his whimsical and eccentric furniture designs.